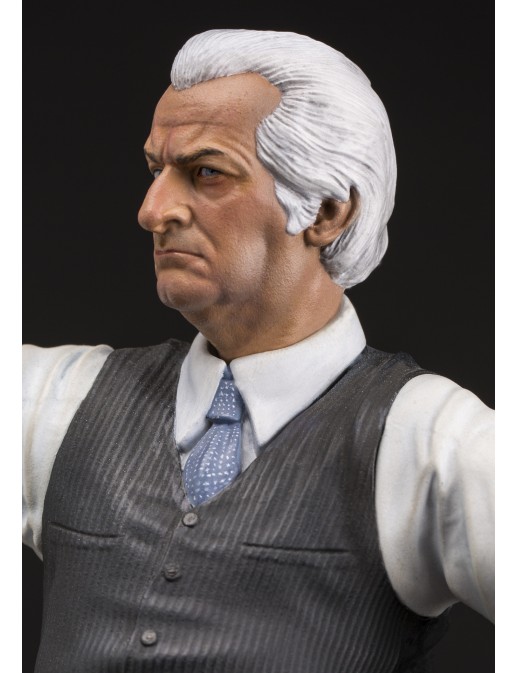 Louis De Funès filmography is endless, as the public who continue to love it for it's comic genius

and expressive power. In France, and around the world, it’s a timeless icon.

successes of French cinema) where he was paired with Bourvil, another myth of the

French comedy, and that made them both real international stars.

created an explosive mixture of comic remained as famous and loved as you loved it before.

The performance of the stpiteful conductor of the Opéra Ganier of Paris, Stanislas Lefort,

Working on the film, we decided to start with the legendary Stanislas Lefort, choosing to represent him in his two “versions” exactly as it appears in the film: the great conductor with the legendary white wig (a clear tribute to the great Karajan) and without , or the man fleeing the Germans. For this reason the statue is provided with an interchangeable “alternative” head so that it can be obtained both in the Lefort version and in the more familiar De Funès version.

The base of the statue is a tribute to the large balcony of the Opéra Garnier of Paris reproducing with extreme care a part in all the smallest details.

A statue in Limited Edition destined to enter the legend of the great Louis De Funès. 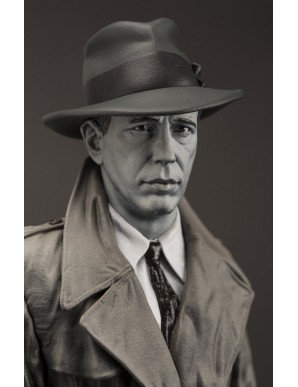 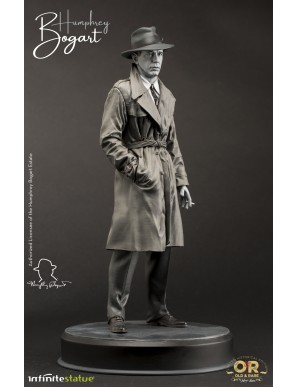 HUMPHREY BOGART OLD & RARE STATUE
Careful iconographic research, extreme attention to detail and study of the black and white films of the era have led to an unprecedented result in...
CHF273.91 Price 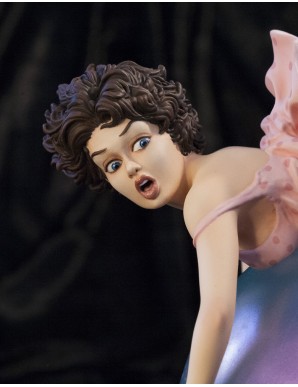 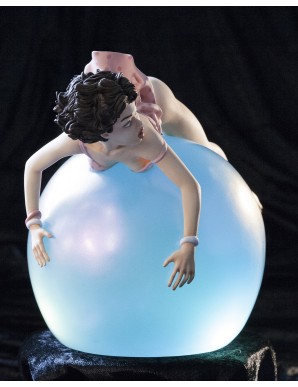 Little Ego Bubble Dream Statue 19cm
This new edition of the Vittorio Giardino's Little Ego is a reproduction of amost iconic book album of the character. Little Ego is on a "soap...
CHF181.06 Price 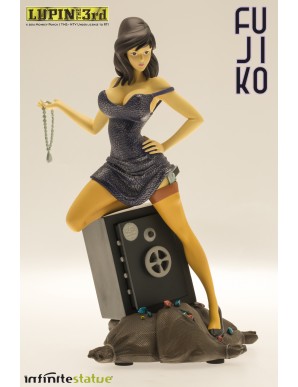 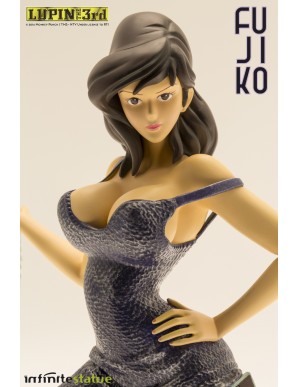 Lupin lll Fujiko Mine Statue 23 cm
This second statue of the series dedicated to Lupin The III anime, It's the perfect compendium to our Lupin statue!
CHF120.61 Price 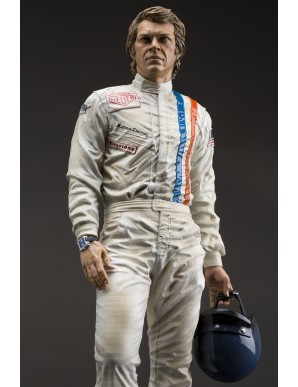 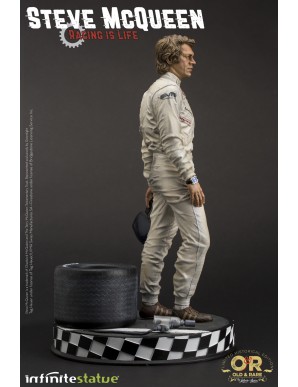 Steve McQueen Old & Rare Statue 31 cm
With the direct collaboration of Chad McQueen, who helped us to make this piece as accurate as possible, as well as contributions from Tag Heuer...
CHF349.03 Price
  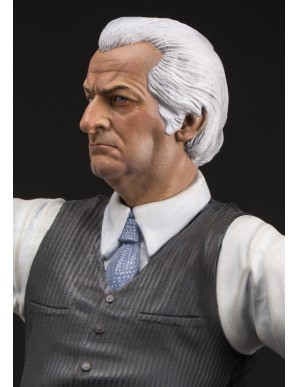