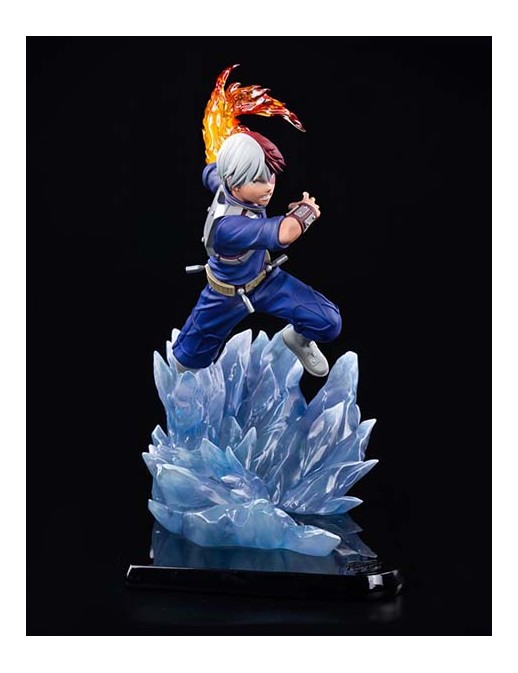 Meet the prodigy son of Hero Number 1, Shoto Todoroki Ikigai, in full demonstration of his powers! With a temperament that is sometimes icy, sometimes fiery, he makes use of his complementary opposing forces here! Indeed, his scar, his irises and his red and white hair evoke his control of the elements ice and fire. Born from the marriage of these two Alters with the aim of surpassing any being, he is trained hard by his father, hence his insensitivity but also his incredible fighting ability! Planning to become a professional hero, his ethic is based on heroism and he takes his cues from All Might, the Elder Number One that his father always wanted to surpass. In his second midnight blue hero suit, complete with battle jacket, utility belt, snow boots and wrist guards to help regulate his temperature, he races towards his Number 1 goal, his Iron Will freezing and burning any obstacle in his wake!

Do you like surprises? Here is an ultra collector's item with the Ultimate Edition! A different version of the Ikigai statue with one or more modifications compared to the initial Regular Edition, with a maximum print run of 30% of the limited edition! 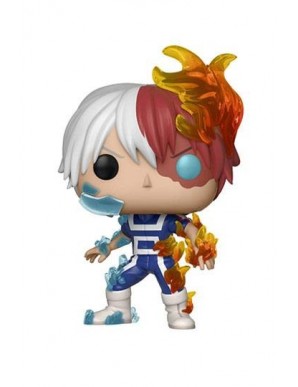 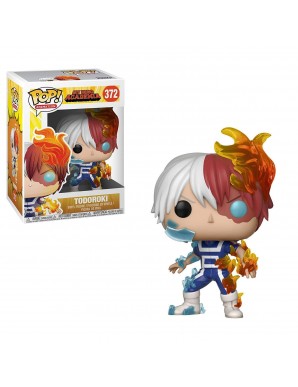 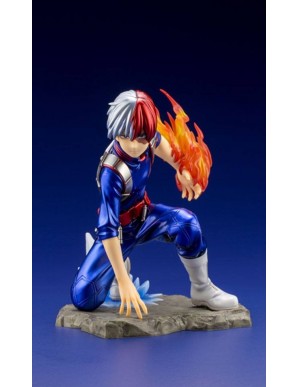 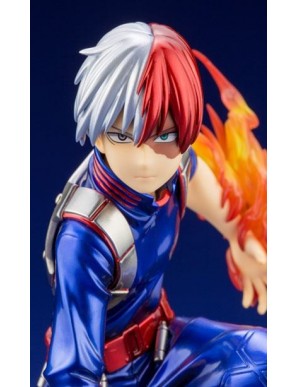 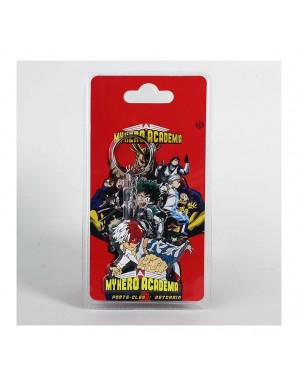 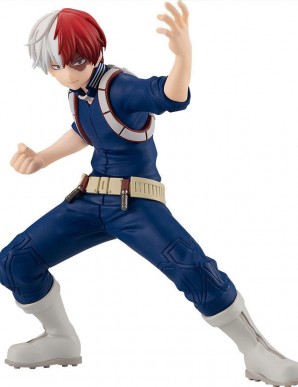 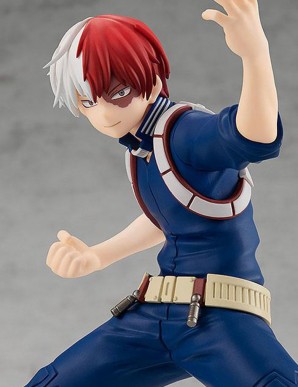 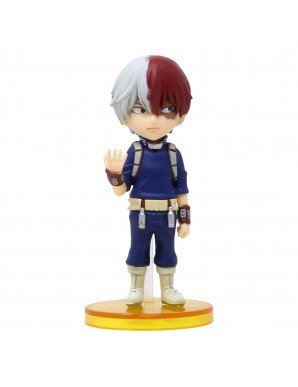 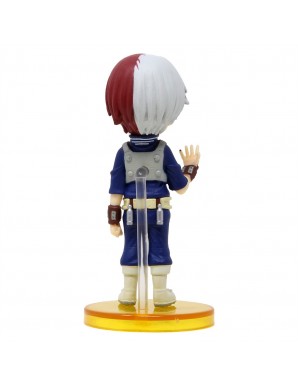 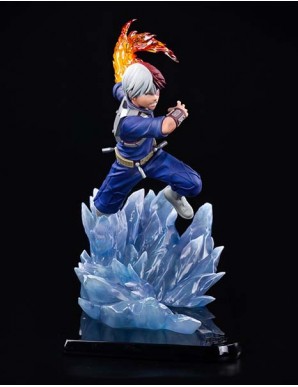